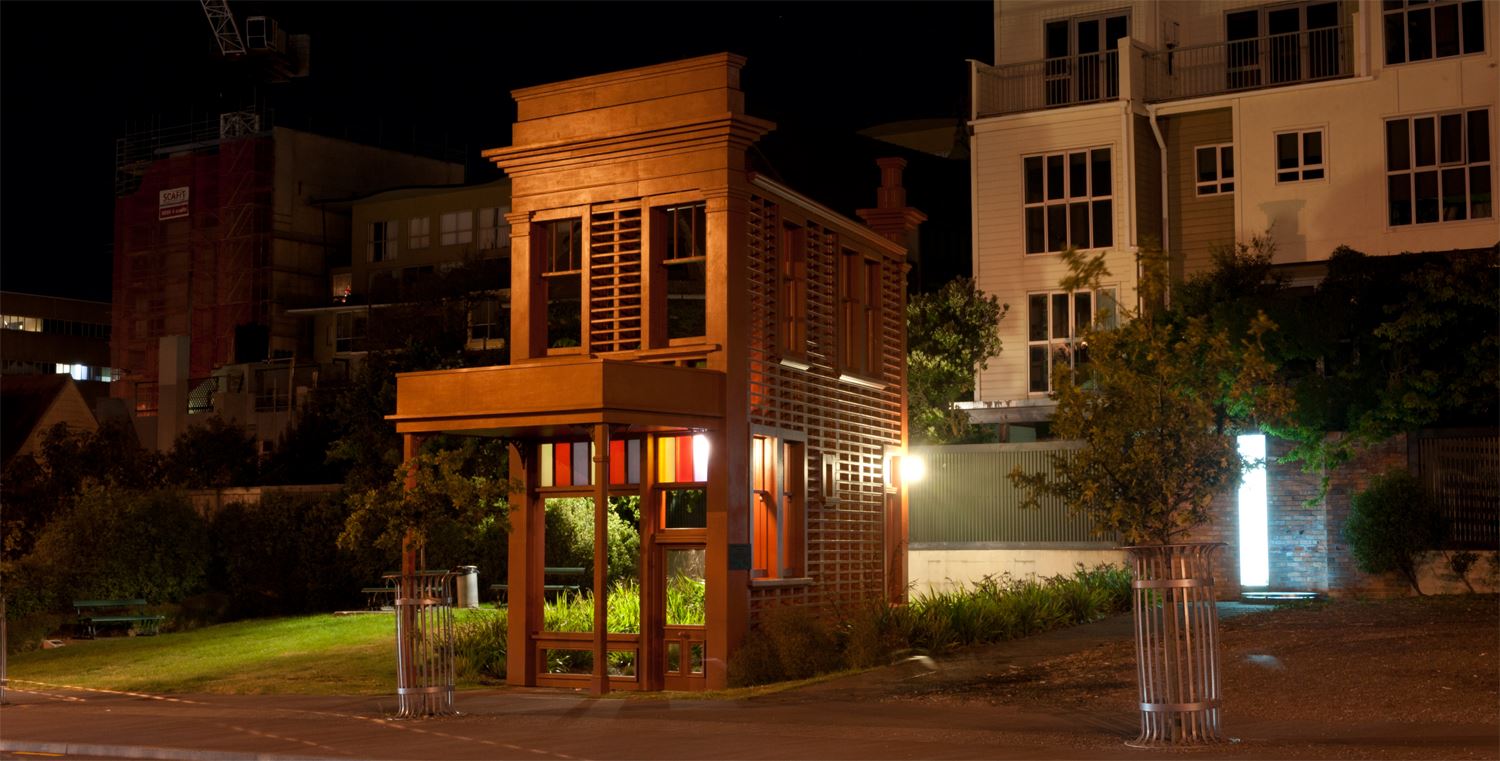 It looks like a slice of a building left behind by the developers...tenuously existing on the edge of the new motorway. It mimics the buildings that are or were around it, to integrate it within the historical and contemporary context of the area.

Regan Gentry is one of Australasia’s leading proponents of creative and public art. He is much admired by Wellingtonians for the temporary sculpture Green Islands which he did for the inaugural Four Plinths project outside Te Papa. This work is now permanently in the Botanic Garden.

Regan has had major sculpture commissions at Sydney’s Sculpture by the Sea, at the Connells Bay Sculpture Park on Waiheke Island and in Christchurch, Dunedin and Auckland.

This is the second work by Regan Gentry commissioned for Wellington by the Trust. See Green Islands on the Botanic Garden Walk.

With funding from Transit New Zealand and Wellington City Council