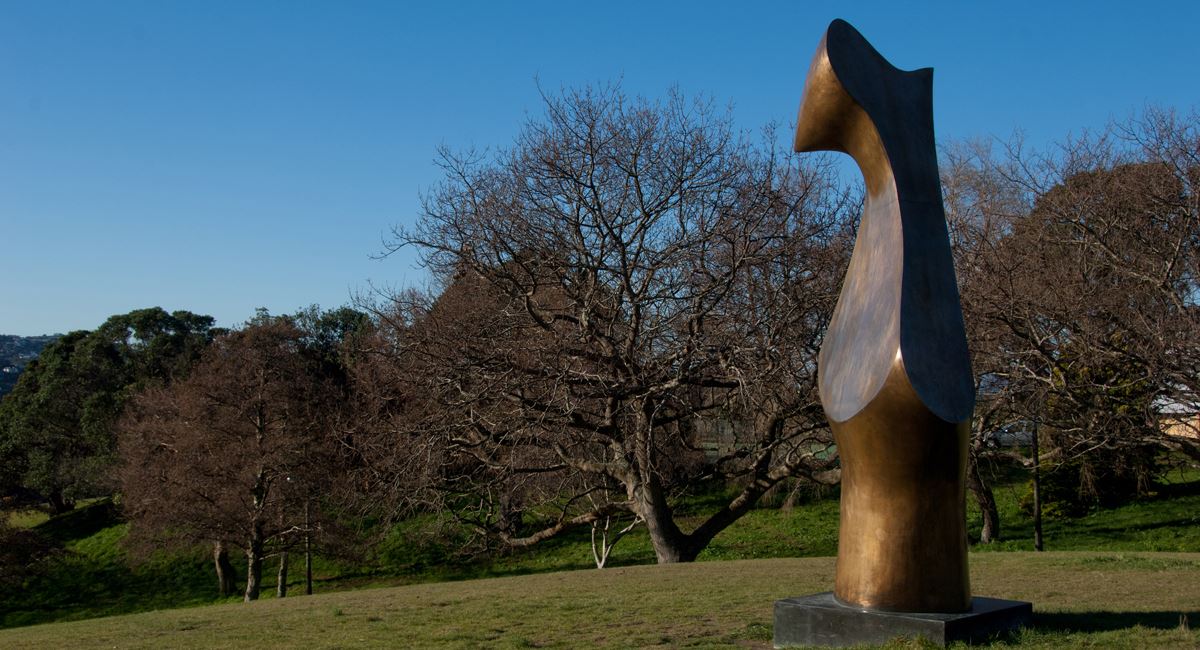 Back to all Sculptures
Botanic Garden Walk Map View

"The human figure," Henry Moore wrote, "is what interests me most deeply, but I have found principles of form and rhythm from the study of natural objects, such as pebbles, rocks, bones, trees and plants."

British artist Henry Moore was one of the outstanding sculptors of the 20th century. Through his handling of stone and bronze Moore gave form to a highly distinctive style which has influenced artists the world over. Throughout his long and prolific career Moore produced thousands of sculptures, drawings and prints.

In the early 1980s Moore developed a three part sculpture titled Figure in a Shelter. He later decided that the inner form in the centre was a piece that could stand in its own right. There were six casts of this figure and the one in Wellington is No 4.

Bronze Form was placed in Midland Park in the centre of the city in 1988, and then moved to its present site in 1995.