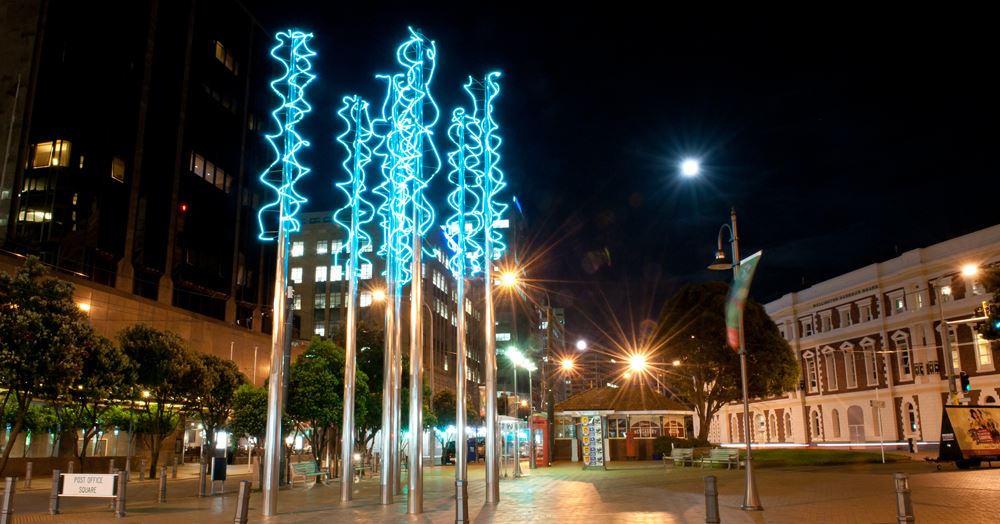 The writing hand moves vertically up and down in space always changing to the moving viewer.
SkyBlues is light energy, the verticals and drawn line move, shimmer, swirl blue in the cityscape.

Expatriate New Zealand artist Bill Culbert works in sculpture, installation and photography, often in combination. In the last four decades Bill has made artworks which explore the intersections between light - both natural and artificial – and objects. He travels extensively and exhibits widely in Europe, Australia and New Zealand. He lives and works in the South of France and in London.

The work comprises seven slim, tapering stainless steel poles, each nearly eleven metres tall, set out in the pattern of a Fibonacci or koru spiral. The top five metres of each pole support three (for a total of 21) twisting spirals of blue neon light.

With funding from the TOWER Group, Creative New Zealand and Wellington City Council