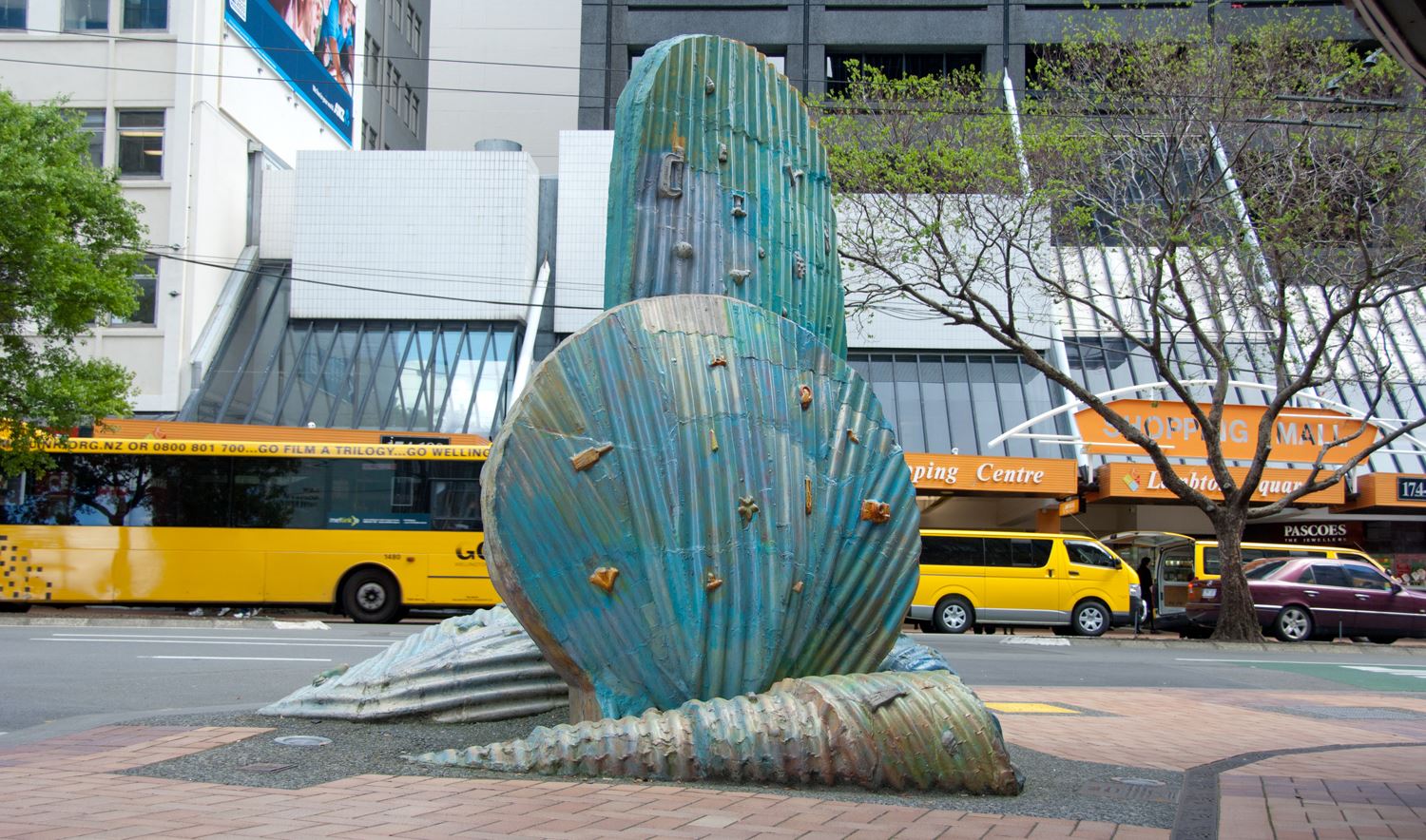 Back to all Sculptures
Wellington City Walk Map View
The surfaces of the work are covered with numerous found objects, which suggest modern day fossils. A chicken leg, toys, hardware and other objects sit alongside objects found near the site.
In Shells Jeff Thompson has moved from the use of his trademark material, corrugated iron, and produced a reinforced concrete work painted in ‘pearlised’ pastel colours.


The site of the work sits on a part of the original Wellington foreshore. Drawing on this past the work has five shapes based on mussel, paua, scallop, whelk and turret. Each shape is covered in objects that have been individually cast, built into the moulding and poured as one with the shells.

Funded by the Jack and Emma Griffin Charitable Trust